Great Moments from the INDY 500 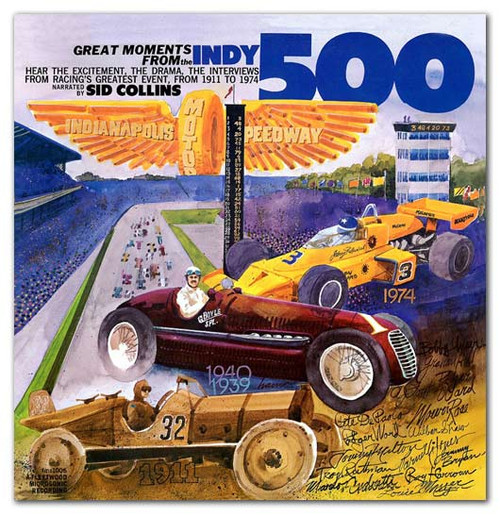 Great Moments from the INDY 500

Great Moments from the INDY 500. Hear the Excitement, the Drama, the Interviews from Racing's greatest event, from 1911 to 1974. A fascinating collection of rare "500" history from 1911-1974. The late Sid Collins, former Voice of the 500, narrates a historical look at the races from 1911-1941, and a more detailed revisiting of the races from 1946-1974. Each of the post WWII races feature a few, if not several minutes of actual audio from the Mutual Radio Network or the I.M.S. Radio Network. The entire recording is approximately 1 hour and 20 minutes. This recording was originally released on record, 8-Track, and cassette.

Great Sports Moments of The Century

The Sounds of Auto Racing