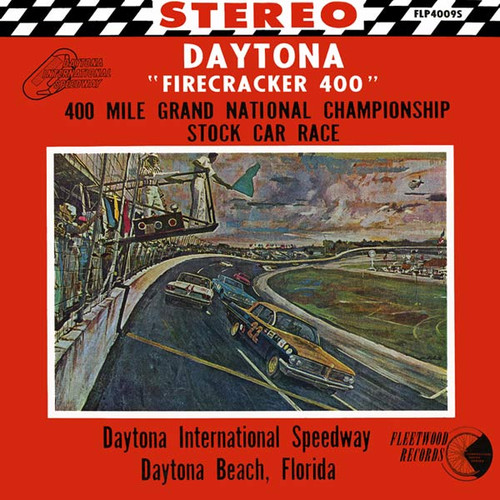 It was Independence Day at the Daytona International Speedway and the Race was aptly named the Firecracker 400. The year was 1963 and this was part of Fleetwood's crisscrossing the national scene in auto racing.

NASCAR in stock car racing and NHRA in drag racing start the year off in February. From that period of time right through to the fall months, you can virtually throw a dart at the map (blindfolded) and find a jam packed fan filled racing event from coast to coast and border to border.

When you listen to the sounds of these oval circling racers, you become aware of the changes in sounds that were bellowing through those exhaust pipes. Changes in engine horsepower, shifting, tire formulas and internal communication has brought NASCAR to the pinnacle of professionalism. Don't forget what these pioneers did before major sponsors stepped into the picture. I do believe that those car company's and the many sponsors that you find on the sides and back of all those cars, represent the hard work of the 50's and 60's. That's progress as we know it today.

I remember when Fleetwood was spreading the good word (long before the internet and high def television). Like NASCAR, we did it with good old fashioned ideas and the sweat of the brow to do what people said was impossible.

The sounds are yours to enjoy... so what are you waiting for?