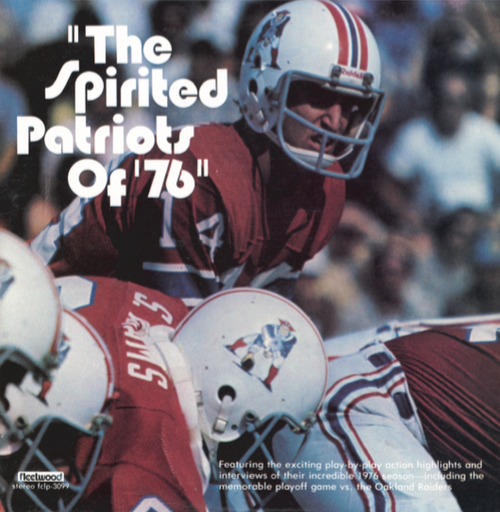 The Spirited Patriots of '76
Narrated by Gil Santos

25 years before their first Super Bowl championship, the 1976 New England Patriots came within an official’s call of what might have become postponed glory. Now you can relive that infamous 11-3 season as the New England Patriots, in America’s bicentennial year, give all they had in their quest to be called the NFL’s best.

A great edition for Patriots fans' collections! Makes a great gift too!

And This One Belongs to The Red