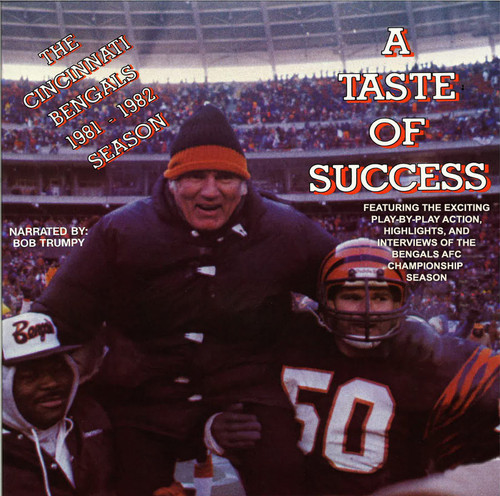 
When you hear the name Paul Brown, you automatically think of a legend. Paul took the Cleveland Browns to success and he set out to do the same thing when he started the Cincinnati Bengals in 1968. After back to back four and twelve years, followed by a record of six and ten in 1980, die hard Bengal fans were wondering if this team would never win.

Everyone knew the Bengals had talent, lots of talent. Something had to be done about the direction in which the team was taking. When Forest Gregg was hired the first thing he had to straighten out was the attitude of the team. Forest had to convince the players that they could win. It didn't take long. The Cincinnati Bengals made it to Super Bowl XVI just one year after the former Green Bay Great came to the Queen City.

From six and ten to the Super Bowl was proof enough that the Bengals Franchise was alive and well. The 1981 season could be termed a "Cinderella" one but that's such an overused term in this instance. Starting wtih the come from behind wins at the beginning of the year to the "November to Remember" to the great playoff wins over Buffalo, then San Diego in the coldest game ever played. This year, 1981, was the year in which the Bengals would savor.. A taste of success. This is the story of the 1981 Cincinnati Bengals, the American Football Conference Champions.