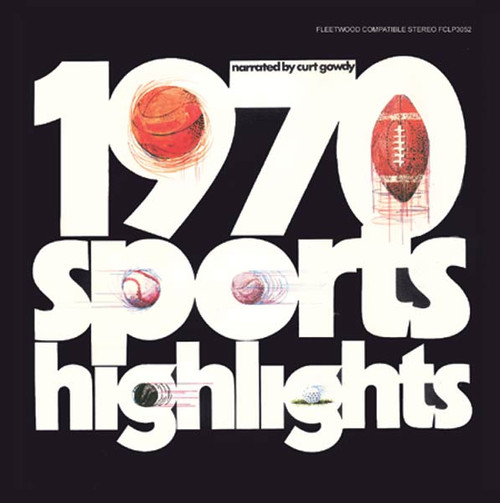 It was the Age of Aquarius; except in the world of athletics. All the memorable happenings in the year of 1970 are captured on tape. FS3084 Sports Highlights of 1974 Narrated by Curt Gowdy

1974 was not a particularly good year for gasoline buyers, national economies or Presidents of the United States, but it was a vintage year for sports in America. Miami Dolphins win their second straight Superbowl, the World Football League was born, Hank Aaron hit number 715... and the Oakland A's won their 3rd Straight World Series. 1974 was a wild, weird and wonderful year in sports, many of it's moments are captured here on this CD.
×