Grand Prix Of The United States 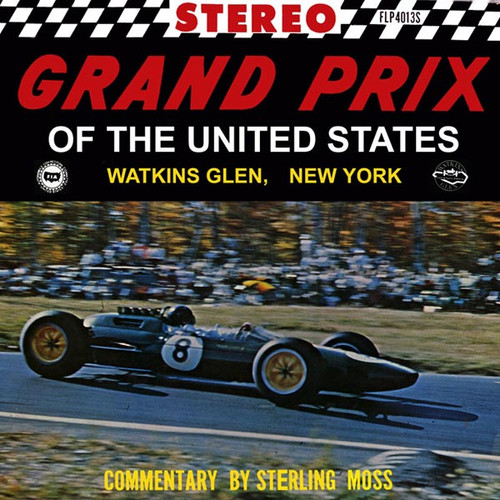 Grand Prix Of The United States

There are some things in life that can only be described as your "having to be there." Such is Watkins Glen, New York in October of the year. To easterners who know the meaning of foliage, it is the time of the season when the trees turn into a bright and colorful illumination and the air is scented as only upstate New York and New England surroundings are noted for. Add to this visual and breathing exercise, the addition of Formula One car racing, outdoor cooking and the unmistakable sounds of the Lotus, BRM, Ferrari, Brabham, Cooper and Porsche power plants, and you know you're in very special company.

You will hear the voice of a Living Legend in Motor Sports, Sterling Moss and his descriptive on the days events. This Fifth Annual race at the Glen was won by Graham Hill. I had the pleasure of meeting him and couldn't get over the glib English humor during the winner's circle interview that filled the hillside with spectator laughter and smiles from ear to ear. A few nights later, Graham appeared on the Tonight Show with was on with Johnny Carson.

Much of the fun of these earlier-era recordings is checking speeds of the winners and of course their financial rewards. Mr. Hill's average speed in the winning BRM was 109.91 besting teammate Richie Ginther (also in a BRM) with an average 108.41. Come to think of it, never did find out his winnings. "Today you can retire on them!"