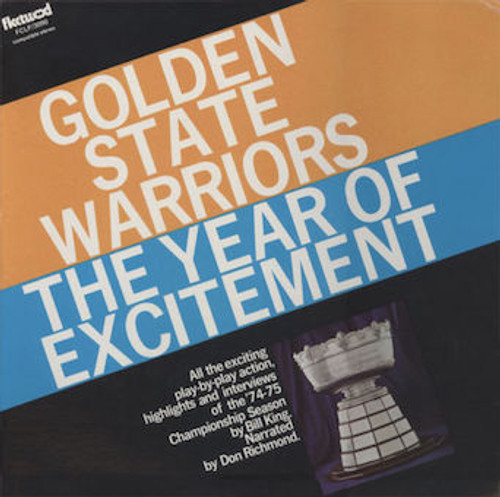 All the exciting play-by-play action, highlights and interviews of the '74-75 Championship Season by Bill King.

Looking back on it, it's hard to believe. Here was a team, the Golden State Warriors, who were concensus pre-season picks to finish last in their division.... or if things went well, maybe climb as high as third place in the powerful Pacific Five. Gone were three starters from last year's team... a center, a forward, and a guard... all dispatched to presumably greener pastures and brighter destinies.

There remained one legitimate superstar and 11 unknown quqantities. This was not a way to win championships in the NBA, the experts said. A few of them snickered when the Warriors took the Pacific Division title in a cakewalk. A few more chuckles when they won the Western Play offs. All gasped when they walked off with the Championshiip in four dramatic games.

This was a team of destiny, in this the Year of Excitement. Looking back on it, it's still hard to believe. Listening back to it, it's even harder. Before placing this unreal record on your turntable, pinch your self to make sure you're really awake. - (from the original liner notes)