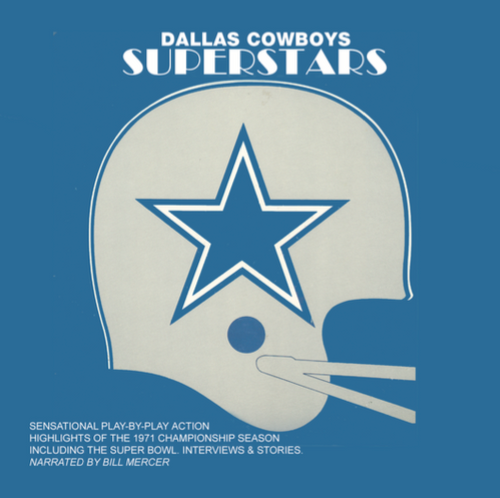 It seemed they were forever the bridesmaid. They were continually coming up short in the championship games. That was until 1972 and now you can relive the magic of a group that became known as “America's Team”.

The Dallas Cowboys rushed for a record 252 yards and their defense limited the Dolphins to a low of 185 yards while not permitting a touchdown for the first time in Super Bowl history.

Dallas converted Chuck Howley's recovery of Larry Csonka's first fumble of the season into a 3-0 advantage and led at half time 10-3. After Dallas received the second-half kickoff, Duane Thomas led a 71-yard march in eight plays for a 17-3 margin. Howley intercepted Bob Griese's pass at the 50 and returned it to the Miami 9 early in the fourth period, and three plays later Roger Staubach passed 7 yards to Mike Ditka for the final touchdown.

Thomas rushed for 95 yards and Walt Garrison gained 74. Staubach, voted the game's most valuable player, completed 12 of 19 passes for 119 yards and 2 touchdowns.

Dallas Cowboys: Back In The Saddle Again!